3 Things That Will Surprise Americans About Cuba

3 Things That Will Surprise Americans About Cuba

We recently returned from Havana so I thought I would share a few interesting notes. 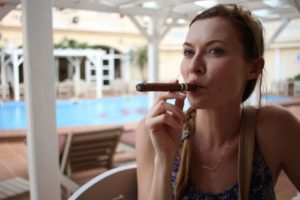 Cigars are hard to find

We thought they would be on every corner of every street. A cigar is called a Tobaco in Cuba as well. Very confusing at first. There are sketchy people trying to get you to follow them to who-knows-where to get budget cigars but there are very few actual cigar shops. Maybe they don’t realize what a marketing machine they have going? I don’t know but not that many Cubans seemed to be smoking cigars and shops were scarce. Also, Cuban cigars to my taste weren’t anything to write home about. Again, spectacular marketing: a product that’s just about non-existent made famous by a leader who’s dead but they still hold the undisputed cigar world title. Why? Marketing. 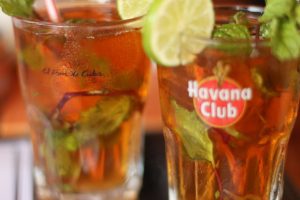 Order the Pina Colada, not the Mojito

My fiancee and I make better mojitos at home. I couldn’t believe it. I’m from Wisconsin, how can I make a better mojito than the Cubans? We narrowed it down to the rum they use. There’s basically only one kind of rum in Cuba because Socialism, so Havana Club is everywhere. Each island in the Caribbean pretty much grows its own sugar which gets distilled into their rum and you would think they’d all be fairly similar but they’re not. I hate rum from the French islands. Well, hate is a strong word. I’m not as fond of French Island rum but I certainly wouldn’t turn it down in a pinch. Or really anytime. No offense intended. So Cuban rum has its own unique flavor that just doesn’t really mix well with mojitos. We couldn’t believe it. We all tried to fake it but everyone came to the same conclusion independently. It was only after we tried the Pina coladas that we really started to appreciate Cuban rum. Oh my god. They’re amazing. I had about $4000 worth at two bucks a piece so you do the math. They’re that good. I’ve never had a better Pina colada. 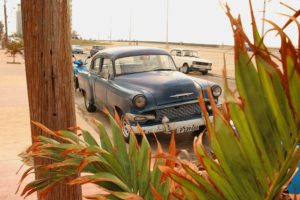 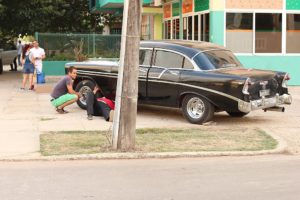 The old cars really are a thing

This—unlike the cigars—is exactly what we were hoping for. These gorgeous old cars are everywhere. It’s not a novelty, it’s not a fad, it’s a way of life for lack of other automobiles. Most of these cars were passed down from grandparents and are tended to like they are life giving, which in most cases they are because the taxi is the main form of income. Another interesting tidbit is you’ll hear a lot of diesel engines in Cuba, but you don’t see many trucks. The diesel is coming from the antique cars and locals will tell you with more than a hint of pride that they converted the cars over themselves. Since no American products were available, these are a Hyundai diesel that’s apparently very reliable and doesn’t belch clouds of diesel exhaust, which would sort of ruin the moment for tourists, I imagine.

And there you go. I would suggest going to Cuba as soon as possible because there are more and more cruise ships coming in every day and it’s only a matter of time before Havana is crowded with Midwestern tourists and $4000 only gets you 250 Pina coladas. Ay dios mio! Enjoy the rest of the pics!